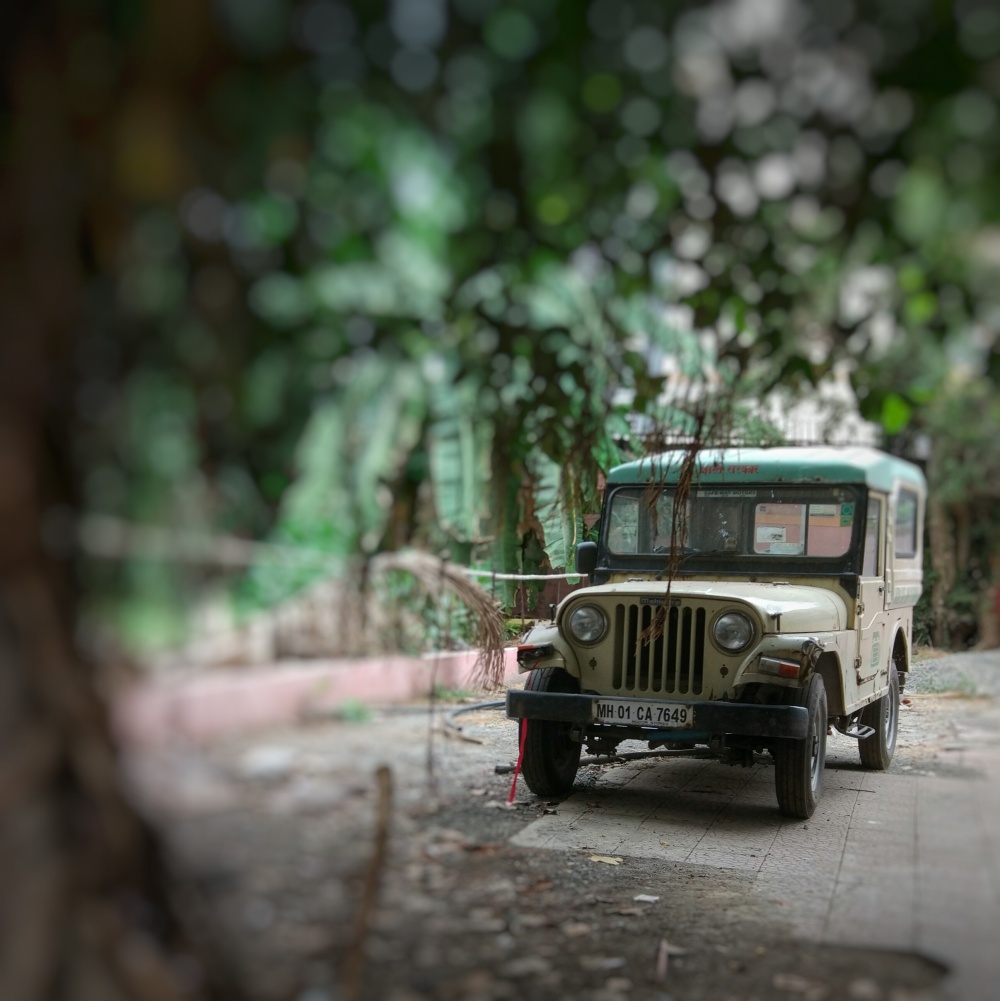 Spotted this Jeep some time back. Was on a work run around a government complex when i saw it standing there, exposed to the elements. It looked like it had been sitting there since a while. Rust had eaten through its once tough body & left it pockmarked with holes all over.

Underneath that ailing body though, was a soul that looked as it had remained largely intact. All the broken stuff was fixable, some good ‘ol TLC, was what it needed. A kind owner, who understood all that she’d been through, someone who’d nurse her back to health. In return, I’m sure, the future owner would be rewarded with years of relatively fuss-free service, taking in the rough with the smooth. It’d take him (or her) places they’d probably always dreamed of going, or maybe, join them along in a life of routine.

As is my habit, I happened to enquire as to the procedure to rescue her, but no one seemed to know. Instead, they looked as if I was stoned, to be looking to nurse her back to health, instead of driving out in any of the snazzy new wheels, available not too far away. Little did they know that not everything must be abandoned & left to rot away.

These old wheels, they may have lost their sheen. But what they lack in present day levels of kit, they come with something that is a lot more desirable and priceless. Yes, that’s right – Soul!