Most people associate two stroke auto rickshaws with a smelly, oily ride. This morning, I hitched a ride in one and it was anything but that. The auto rickshaw was relatively new and the driver knew how to put the power down too. The result, I made it to my destination a full 5 minutes quicker!

As I settled in for the next part of my commute, I couldn’t help but think of the possibilities that could be unlocked with a similar, brand new 2stroke auto rickshaw, with a few tweaks to suit my tastes. And so, here’s a closer look at some heady thoughts as they mashed with my hyperactive imagination:

Now, this one is a must. The auto-rickshaw has been known to come with a dubious safety record and I’m not the one to take any chances with this one. So, in goes a custom-roll cage, with proper braces et al. Thus, if and when we do go tumbling down, I’d like to feel a lil’ safer knowing that the chances of escaping alive would be higher.

Besides this, I can’t think of anything else that could possibly be done within a reasonable amount of resources that are at hand. 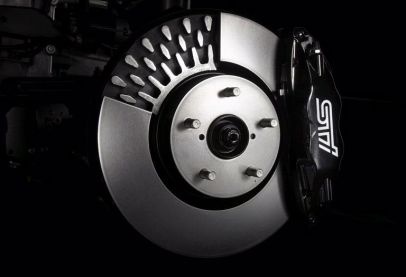 Hmmm. Now this one should be easy. The brakes on the Bajaj auto rickshaw can and do lead to several heart stopping moments. This is because, braking in a rick as a delicate art, a lil’ too much pressure and you’ll topple over. Too little and you’ll be splat into the obstacle in front of you. So, it is, discs all round. The biggest, most powerful ones that can be fitted, the better it would be.

I’m thinking more motocross than regular street use, since our roads anyways resemble the former, more than the latter. So, it is going to be a raised suspension setup. An inch or two added to the ground clearance should do a world of good when tackling that moon-sized crater, lurking ‘round the corner. What I’d love to have in my ‘rick would be,

These two changes alone should be good enough to do the trick.

The tires that come with the rick are slightly wider than a rubber-band. So I’m going to opt for something wider and grippier. Upsized tubeless radials with a slightly sporty tread design would be sweet.

Ever run up an incline in a rickshaw? Then you’d get why the mods in this section get special attention from me. So here’s a list of the goodies that’d go in:

The above Eight should help in unleashing a few hidden ponies in that buzzy engine.

But it’s not just all function and no comfort though. There are a few plans on the aesthetic front as well.

Don’t really know how much of this is doable or feasible even, but it sure as hell is worth a try…

My Travelogues under one roof!