Back when I was a scrawny school kid, I’d curried favour with one of dad’s friends for a chance to ride his bike. As I struggled to even kick-start it, dad’s friend could clearly see through my lie of knowing how to ride one. Yet, for some unknown reason, he kicked it to life and let me loose on the empty, private streets of his neighbourhood. That 5 minute ride was how I got hooked onto the thump that binds and the beginning of an affair, for life. 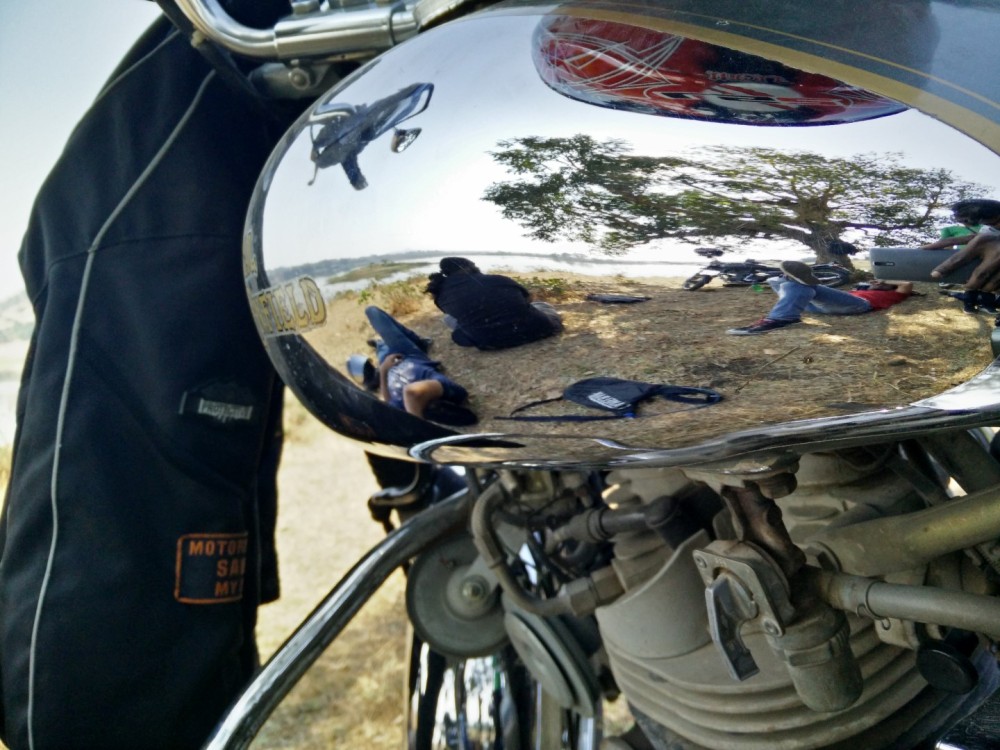 It took me a few years to figure out the significance of what had happened on that fateful day. For, the motorcycle I’d ridden back then, had been the big daddy of home-grown 4-stroke motorcycles – the mighty Bullet 500. Since those early days, I’ve ridden a fair share of Royal Enfield motorcycles and even gone on to own/adopt a few of them. From the Cast Iron 350cc Electra to 350cc and 535cc UCE engine powered models and even the LS410 Himalayan. Yes, they weren’t the fastest ones off the block, nor were they the most technologically advanced of the lot – and they even broke down a lot. But guess what – each and every one of them managed to carve out their own special place in the heart.

The thing about Royal Enfield motorcycles is that the models may have evolved over the years, but their basic design remains unchanged to this day. Take any motorcycle in their line-up, from the Standard/Electra models of the past to the Thunderbird and Classic range that have been all the rage in recent years. Heck, you see this even in their ADV offering – the Himalayan, as well as their latest parallel twins. Simple lines, so pleasing on the eyes; they continue to tug at the heartstrings even after decades of owning them. There’s this unhurried air about them, even when standing still; a certain purity of thought, which becomes apparent once you open your mind to it.

Two wheels, a lump of a motor and a fuel tank – everything that magically combines to offer a pure motorcycling experience, you’ll find on Royal Enfield motorcycles. Anything that can detract from it is magically kept out of the way. It isn’t that they haven’t evolved either, but even then, you’ll only see the essentials being offered. From disc brakes up front, to discs, both fore and aft, electric start, fuel injection and now, ABS. Even with these modern nods to meet present day riding conditions, the essence of pure motorcycling has miraculously remained intact.

Essential control cables, electrical and running repairs – are all still very much accessible, laid out in a way that makes mechanics and the DIY inclined owners weep in joy. Pick any periodic maintenance routine and you’ll be able to carry it out, in a garage or out in the field, with maximum ease and minimum of fuss. Snapped a control cable – route a replacement in 15 minutes tops! Change out fuses or replace bulbs and filters – all in under 20 minutes. 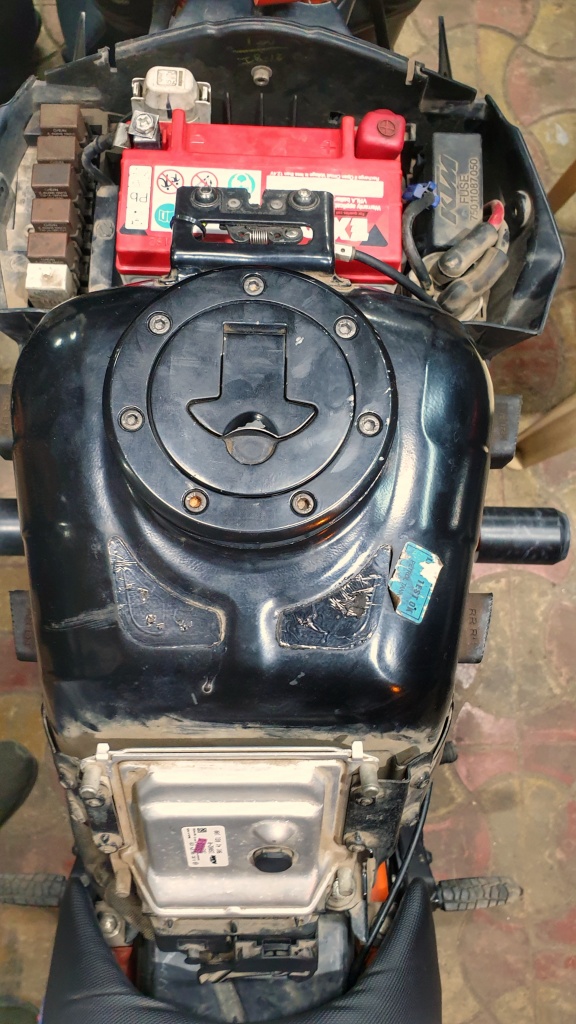 Compare this with its counterparts (price/engine capacity wise) and you’ll realise the frustration in accessing routine maintenance areas. Don’t believe me? Then take the SPAF test. Named after two of the most common parts needing attention on a motorcycle – the Spark Plug & Air Filter, you’ll more often than not, have to strip down entire sections of those motorcycles, just to be able to reach these spots. Not quite so on a Royal Enfield, where you get simplicity of thought and enough room to manoeuvre around to fix things up.

The great thing is that you don’t even need some fancy setup to do this all. The factory tool kit on the motorcycle, plus, a basic expansion kit in terms of a socket wrench set along with a bunch of pliers are all that’s needed. Eight out of ten routine maintenance and simple repair jobs can be carried out with this basic kit alone. No fancy computers or scanners, expensive proprietary tools or needless electronic doodads are necessary. Heck, ask any true-blooded Enfield rider and they’ll tell you how copious amounts of MSeal, Tape & Zip-ties have brought them home each time.

If shit does hit the fan, then the best part is that no matter where in the country you are, you’re sure to find a bullet expert and a treasure house of factory spares there. Barring, say Bajaj Auto & Yamaha – none of the competition, such as the likes of Honda or KTM are a match for this passionate, thriving, community level support system. Mahindra with their Jawa brand seem to be making all the right moves, but with customer deliveries still at a very nascent stage, their spares availability & service support will take ages to catch up with the market leading position of Royal Enfield. In-fact, this spares support had played a huge decision where the Mojo had lost out in my last new-motorcycle purchase. The friends who went ahead and purchased it, swear against the spares & service support availability, even to this day. Even when Honda trying to go Retro-Modern, they’re still a tech powerhouse whose spares availability beyond the cities still has a long way to go. There’s this added bonus of having the support system of the community behind you which is most comforting. So you’re assured that you’ll never go hungry or without shelter, anytime you’re stranded with your Enfield, in whatever corner of the country you find yourself loose. 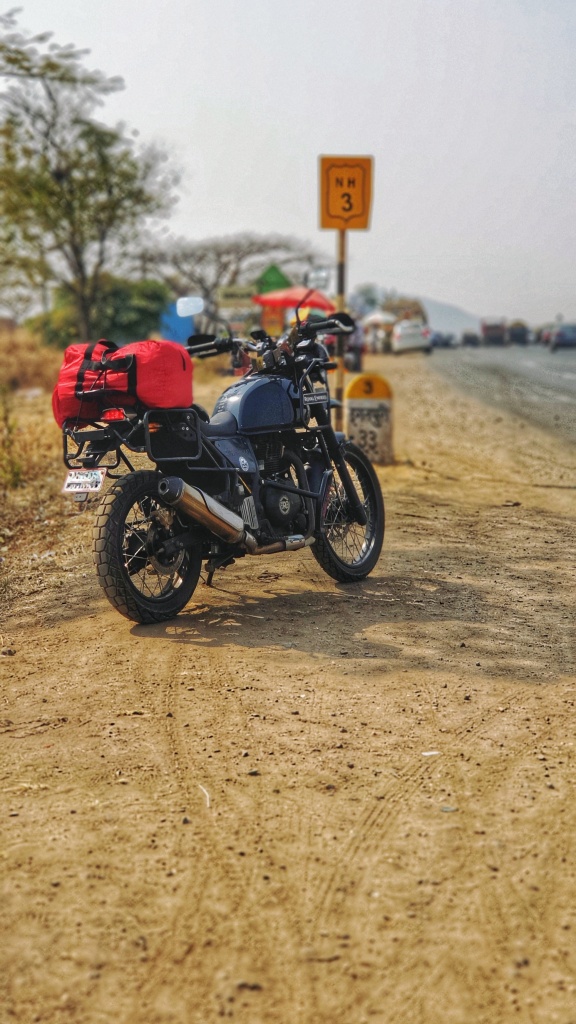 So yes, there are plenty modern, more reliable, less hassle-free motorcycles on sale in the country today – and I love quite a few of them to want to bring them home. Yet, when it came to putting my money where my words are, I somehow returned to the start the last time – to Royal Enfield!